Dominance of US Dollar may end sooner than earlier thought

The world is in search of a real global currency which should be acceptable to all parties and run global economic prospects smoothly for another 100 years at least. The idea of Euro has failed but now leaving a hole in the entire international monetary system.

The United Nations has been issuing various inputs that openly call for an alternative to the US Dollar as the reserve currency of the world. In particular, one UN report envisions a new global reserve system which no longer relies on the United States dollar as the single major reserve currency.

Iran has been one of the most aggressive nations when it comes to moving away from the US dollar in international trade. For example, it has been reported that India will begin to use gold to buy oil from Iran.

The International Monetary Fund has also published a series of reports calling for the US dollar to be replaced as the reserve currency of the world.

A global currency, Bancor, issued by a global central bank would be designed as a stable store of value that is not tied exclusively to the conditions of any particular economy. As trade and finance continue to grow rapidly and global integration increases, the importance of this broader perspective is expected to continue growing.

Britain as a trading nation bridges the gap between Euro and Dollar. All this will also depend how quickly and smoothly Britain exits from EU. If that happens, then Scotland will leave Britain in future to safeguard its own interests.

Recently, Scottish first minister Nicola Sturgeon, who asked lawmakers to authorize her to request the referendum, says Scots must be given the chance to vote on their future before Britain leaves the European Union.

Britain as a whole voted to leave the bloc in a referendum last year, but Scots voted by a large margin to stay.

This uncertainly will ruin the prospect of any stable currency and leave empty space to US Dollar to dominate the global business for decades.

However, global sentiment towards the United States has dramatically shifted, and this should not be underestimated. Decades ago, the US was one of the most loved nations on earth but now it is most hated nation under President Trump.

At the moment, the global financial system is centered on the United States but that will not always be the case. It may not happen overnight, but it is important to note that these changes are picking up steam. Under the right conditions, a shift in momentum can become a landslide or an avalanche.

A world or global currency is one that is accepted for all trade throughout the world. Some of the world’s currencies – the US Dollar, the Euro and the Yen – are accepted for most international transactions. Of these, by far, the US dollar is the most widely used.

That is not an official global currency. In fact, the world has 185 currencies.

Most of these currencies are only used inside their own countries. Any one of them could theoretically replace the dollar as the world’s currency. But they probably would not for a wide variety of reasons.

The US Dollar has remained the strongest world currency till date. But China and India could challenge this in future.

The relative strength of the US economy means that its currency, the Dollar, is the most powerful in the world. Around $580 billion in US bills were being used outside the country.

That is 65 per cent of all dollar-denominated bills, including 75 per cent of $100 bills, 55 per cent of $50 bills, and 60 per cent of $20 bills. Most of these bills are being used in the former Soviet Union countries and in Latin America.

Cash is just one indication of the role of the dollar as a world currency. More than one-third of the world’s output, as measured by Gross Domestic Product, comes from countries that have pegged their currencies to the dollar.

That includes seven countries that have adopted the dollar and 89 that keep their currency in a tight trading range relative to the dollar.

In the foreign exchange market, the US Dollar rules the game. More than 85 per cent of forex trading involves the US dollar.

Furthermore, 39 per cent of the world’s debt is issued in dollars. As a result, foreign banks require a lot of dollars to conduct business.
For example, during the 2008 financial crisis, non-US banks had $27 trillion in international liabilities denominated in foreign currencies.

Of that, $18 trillion was in dollars. That is why the US Federal Reserve boosted its dollar swap line – to keep the world’s banks from running out of dollars.

Another indication is how willing governments are to hold the dollar in their foreign exchange reserves. Governments acquire currencies from their international transactions, or from domestic businesses and travelers who redeem them for local currencies.

In the second quarter of 2016, 63.4 per cent of the world’s known reserves were held in dollars.
The dollar became the highest currency in the world thanks to the 1944 Bretton Woods agreement. Before then, most countries were on the gold standard.

Their governments promised to redeem their currencies for their value in gold upon demand. The world’s developed countries met at Bretton Woods, New Hampshire, to peg the rate of exchange for all foreign currencies to the US Dollar.

At that time, the dollar was backed by its value in gold, and the United States held the largest gold reserves. This allowed other countries to back their currencies with dollars, rather than gold.

By the early 1970s, countries began demanding gold for the dollars they held to combat inflation. Rather than allow Fort Knox to be depleted of all gold reserves, President Nixon untied the dollar to gold. By that time, the dollar had already become the world’s dominant reserve currency.

The next closest reserve currency is the Euro. Only 31.8 per cent of known central bank foreign currency reserves were in Euros as of the second quarter 2016.

Prior to the crisis, in March 2009, China and Russia suggested the world adopt a single global currency. The goal would be to create a reserve currency that is disconnected from individual nations and is able to remain stable in the long run, thus removing the inherent deficiencies caused by using credit-based national currencies.

In other words, China is concerned the trillions it holds in dollars will be worth less if dollar inflation sets in. This could happen as a result of increased US deficit spending and printing of US Treasuries to support US debt.

The demise of the dollar will also bring radical changes to the American lifestyle. When this economic tsunami hits America, it will make the 2008 recession and its aftermath look like no more than a slight bump in the road.

What would happen in a USD collapse?

The US and Western economies would all face insolvency simultaneously

The entire Western industrial/consumer/credit economy would fall apart so fast it would make your head spin. The supply chain would stop and stores would empty quickly

China would have a revolution, or go into military mode, which would be even worse

A one-world currency would be demanded and implemented

Asia would fare horribly if Western consumerism goes away, then the entire foundation of the Asia macro economy would instantly crash and stop cold

Substantial increases in the cost of food, clothing and gasoline and a much harder time financing its debt

Right now, there is a huge demand for US dollars and for US government debt since countries around the world have to keep huge reserves of US currency lying around for the sake of international trade but what if the appetite for US Dollars and US debt dried up dramatically?

But most Asian nations will be badly affected due to this sudden fall of US Dollar that is something to think about. This is one of the reasons no one dares to change the currency pattern despite knowing the risk fully well. 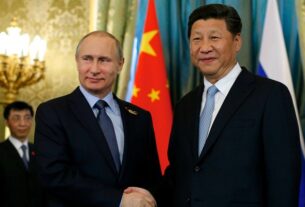 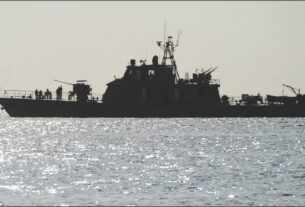