Missiles and nuclear war fighting were the flavors of January of the new year. China has launched a nuclear blitzkrieg against India’s attempts to catch up with Chinese nuclear capabilities by successfully enhancing the range of its Agni series of ballistic missiles capable of delivering nuclear warheads deeper into the Chinese heartland with each successive version.

Such is the irritation over the launch of the Agni-V missile with a range of more than 5000 km that it has threatened to raise the issue of India’s nuclear weapons delivery program in the UN Security Council of which it is a Permanent Member with veto rights.

Simultaneous with this assertion there have been quick claims by Pakistan that missiles it launched in January had new technologies that ensured that they are invincible against ballistic missile defences of the kind that India has said it will set up to protect its political hub in Delhi and economic hub in Mumbai.

It is now no longer a secret that all of Pakistan’s nuclear weapons and delivery systems are proven products of Chinese weapons and missiles.

They are part of Chinese game plan to confront India by using Pakistan as a proxy and counterfoil that has existed ever since India conducted its first nuclear experiment in the Pokhran desert in Rajasthan in 1974.

India had long suspected (and moulded its nuclear policy accordingly) a deep conspiracy by China to share proven technologies in nuclear warheads and delivery systems with Pakistan and North Korea.

It was because of this knowledge that it refused to be herded into signing the Nuclear Non-Proliferation Treaty (NPT) as well as the Comprehensive Test Ban Treaty (CTBT) which it dubbed as being discriminatory and loaded in favour of nations that had long indulged their nuclear weapons ambitions.

It is not surprising that China has been using them to prevent India from joining the Nuclear Suppliers’ Group. The hypocrisy of China-Pakistan claims to good nuclear behavior has in January itself been exposed by the CIA declassified information that China supplied Pakistan the drawings of the warhead it tested at Lop Nor along with the enriched uranium required to fashion nuclear warheads.

Both China and Pakistan are not members of the Missile Technology Control Regime (India is) and in their desperation to get in and legitimize their horizontal nuclear and missile proliferation in violation of the NPT they have proposed a revised version of  the “South Asia Zone of Peace” and the “nuclear free zone” concepts of an earlier era. Called the ‘Strategic Restraint Regime (SRR) in South Asia” it seeks a nuclear and missile restraint in South Asia.

Even as it spoke of nuclear and missile restraint to a delegation from the 34-member Missile Technology Control Regime which visited Pakistan recently it has itself breached the very tenets it is preaching with two reported missile tests.

One is the underwater launched Babur III with a range of 450 km and the Ababeel, a surface-to-surface missile with a range of 2200 km both of which have the capability of multiple independently-targetable re-entry vehicles (MIRV) or miniaturized warheads.

India too has operationalised its ballistic missisle defence with assistance from Israel in the target acquisition and interception phases using the Prithvi missile (built originally for the surface to surface role) as an air-defence weapon. Initially the system is to be set up to protect Mumbai and Delhi.

The China-Pak collusive effort as seen in the objections raised by China to India’s Agni missiles and by Pakistan against India’s ballistic missile defence and the release of information about two missile tests by Pakistan has to be seen as an attempt at blackmail.

It is not as if India has not anticipated these developments. From the very conception of its nuclear programme under Dr Homi Bhabha there was always an element of keeping the nation’s option open to go overtly nuclear in a weapons programme since China was actively collaborating with Pakistan to create a foil against India. India never had any illusions about the clandestine China-Pakistan collaboration in matters nuclear.

Given the new developments India will have to reconsider its nuclear options to be able to deal with a situation of saturation bombardment of its anti-ballistic missile batteries as part of Pakistan’s First Use policy.

It should be taken for granted that whatever modernization that is taking place in the Chinese nuclear arsenal it will be transferred to Pakistan to consolidate the hegemony.

That trend is already visible in the MIRV-ing of the Ababeel missile and the undersea launch of the Babur III. It has become increasingly clear that the Chinese have opted for saturation bombardment.

In keeping with this trend it has also qualified its No First Use to a Launch-On-Warning posture where massive retaliation would be automatic in the face of incoming missiles.

Since India has a No-First-Use but Massive Retaliation policy, the Chinese have had no cause for worry from this source.

However, in the case of Pakistan which has a First Use policy India needs to be extra wary. To be able to ensure that Pakistan does not indulge in a nuclear adventure India should consider the possibility of emulating the Chinese policy of Launch-On-Warning vis-à-vis Pakistan.

Given the drift of Pakistani pronouncements over the years India should not allow itself to be targeted within the First Use policy of Rawalpindi military headquarters (deliberately differentiating from the civil political dispensation that is supposed to reside in Islamabad).

India must find an opportunity to tell Pakistan that any missile fired in India’s direction from locations inside Pakistan and Pakistan-occupied Kashmir will be deemed to be a nuclear-tipped missile and would be dealt with according to Launch-On-Warning procedures.

Collaterally, it will also have a salutary effect on Beijing which would be confronted by the dilemma of losing large chunks of its empire-by-extension in Pakistan and the vast investments both civil and military it has made in that country to prop it up as a proxy against India.

Given its rather slim strategic depth, the whole of Punjab would be lost in the very first salvo. That should, hopefully, induce some sanity among both politicians and military brass (which has the finger on the nuclear trigger).

It is unthinkable that India has not considered the conversion of its ballistic missiles to the MIRV configuration. Given the far-sighted nature of its nuclear program this would be an integral part of the project. If it can be MARVed so much the better.

Given its achievements in the space technology segment India has the capability of dispersion of multiple satellites into space orbit. This can be refined and adapted to the MIRV requirement. 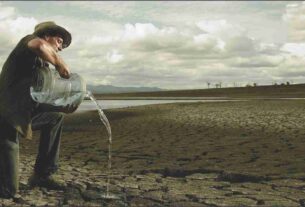 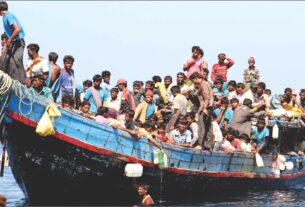