Recent events are pointing to an accelerated Pakistani intent to gain ingress into Indian territorial waters and offshore and harbour installations by clandestine means. India will have to correspondingly speed up its efforts to acquire unmanned underwater remotely operated vehicles to handle sabotage and deep submergence rescue vessels (DSRV) to deal with maritime disasters especially involving submarines.

The accidents in Indian submarines have added to the general urgency to acquire rescue vessels most of which are of the unmanned variety designed to utilize maximum space inside the robotic platforms to be able to recover the maximum number of disaster victims in one sortie. The joint exercise between India and the US off Mumbai was intended to help the Indian Navy personnel to be upto date in interoperability and standard operating procedures in the event of a submarine disaster and the need to call on the US for help in the rescue.

There is an agreement between the two countries whereby America will fly in its deep submergence rescue vessel (DSRV) within 72 hours to help in the rescue effort in case an Indian submarine meets with an accident. However, 72 hours is eternity and no nation can be seen to be sitting on its hands when its submariners are in grave danger.

India needs to have at least two DSRVs of its own (one posted on either seaboard) to enable immediate response to any emergency. An Indian laboratory had produced one such vessel and was in the process of testing it in terms of operability and depth of submergence.

The joint exercise with the Americans will provide insights into best practices and standard operating procedures practiced by a nation that has one of the largest submarine fleets in the world deployed all around the globe in varied sea conditions.

The Ministry of Defence has shortlisted two firms, one British and one Russian for negotiations to purchase two DSRVs. The negotiations are said to be close to fruition. The Indian Navy currently uses a diving support ship INS Nireekshak as a submarine rescue vessel. It is of some assistance in accidents occurring close to the surface but is of very limited utility in the event of an accident to a submarine at depths beyond 100 meters.

Several Indian Defence laboratories are involved in the design and development of underwater drones to deal autonomously as well as with manned remote control to be used for surveillance, mine detection and destruction, sensor deployment and underwater intelligence gathering. The Naval Science and Technology Laboratory, Vishakhapatnam, in collaboration with the Electronics Corporation of Indian Limited and several other laboratories has fashioned an autonomous sea vehicles intended for coastal and harbor defence, offshore oil installation protection and other maritime requirements.

In what can be described as a “family” of platforms the NSTL has developed autonomous underwater vehicles (AUVs) of sizes ranging from 1.7 tonnes up to 10 tonne programmable vehicles to operate as logistics links  (or couriers) to submerged submarines.  The 1.7-tonne platform that is said to be reconfigurable has been tested both in the calm reservoirs and in sea state, off Vishakhapatnam at an operational depth of 500 metres.

It can carry payloads of up to 500 kg and conduct operations like surveillance, sensor deployment, mine countermeasure and delivery of ammunition. They also range from the console manipulated slow-speed AUVs to free-flooded ones that can swim out to sea without being detected by surface vessels.

Sources that are aware of NSTL’s project have likened it as being of the same kind that led to the development of India’s unmanned aerial vehicles (UAVs) that began their careers as pilotless target aircraft used to train air crew and land based gunners to perfect their gunnery skills. The PTA became the forerunner of India’s UAV projects. Likewise, the NSTL machines are capable of being used as target-towing platforms for underwater target practice with torpedoes to enable the crew to master the standard operating procedures used for torpedo launches.

In the AUV development project predictability and controllability have been particularly tested to ensure that the vehicle delivers its mission exactly as programmed or remotely controlled. Their roles are intended to replace manpower (divers and commandos are valuable assets) where the mission is particularly complicated or dangerous. The hydrodynamics have been so configured as to look like a horizontal flat fish which gives it great flexibility and versatility.

It can “hover” or maintain zero speed when required and the two sets of interconnected cylindrical pressure hulls with inbuilt water jet propulsion ensures that it has a negligible acoustic signature that will not become a trigger for mines that home in on particular sound waves generated by ship and submarine engines and propellers.

To ensure stealth of operations the NSTL AUVs can be operated independently of a surface vessel that can be monitored by either airborne or coast-based radar. A frogman (naval diver) can deploy the vessel and control it remotely in standoff mode and recover it.

The NSTL project has been inspired by the US “Manta Project” which can deploy widely dispersed but networked underwater electronic  sensors for intelligence gathering within coastal and littoral waters and harbours. A contract has been given to create a submersible “mother ship” that will deploy and recover several independently operated small intelligence gathering platforms in littoral waters.

In the Indian context in the face of greater Chinese and, by proxy, Pakistan submarine presence India needs to set up a network of sensors that will monitor and archive the acoustic signatures of their ships and submarines. This it can do by deploying the unmanned underwater drones along sea channels known to be used by submarines.

Also, given that Pakistan-assisted Islamic fundamentalists are preparing to set up bases in uninhabited islands in the Indian Ocean littoral, especially around the Maldives from where easy access can be gained to international sea lanes of communications there is need for India to be more alert. They can thus be able to conduct targeted attacks on international commerce and energy supplies and cause a world-wide crisis.

Secretly deployable underwater sensors will be extremely useful in identifying and tracking inimical navies and non-state actors acting on behalf of intelligence agencies like the Pakistan Army Inter-Services Intelligence. These UUVs can also be used to monitor movements of pirates and smugglers given that a group of Somali pirates was apprehended close to the India’s Lakshadweep group of islands some time ago.

In the realization of the importance of such maritime assets several other Indian entities have been experimenting with unmanned underwater vehicles for niche deployability. One such is the AUV-150 created by scientists of the Central Mechanical Engineering Research Institute (CMERI) in Durgapur, West Bengal. As its name suggests it can operate at depths up to 150 meters and its onboard instrumentation ensures that it remains stable in sea conditions and can navigate itself by using inertial guidance and GPS links with nosecone radar for obstacle avoidance.  It cruises at a speed of four knots. Its specifications (weight 490 kg, 4.8 metres long and has a diameter of 50 cm) lends itself to deployment through torpedo tubes to gather information about sea temperature and salinity-thermal layers that enable submarines to hide from sonar emissions that tend to bend away in such environments.

Integration of these several projects can help India achieve failsafe surveillance, reconnaissance and real time information about what is happening in all corners of the Indian Ocean littoral. 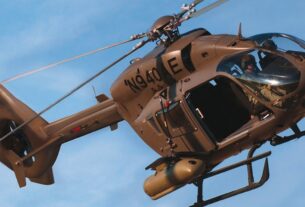 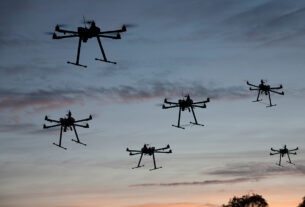