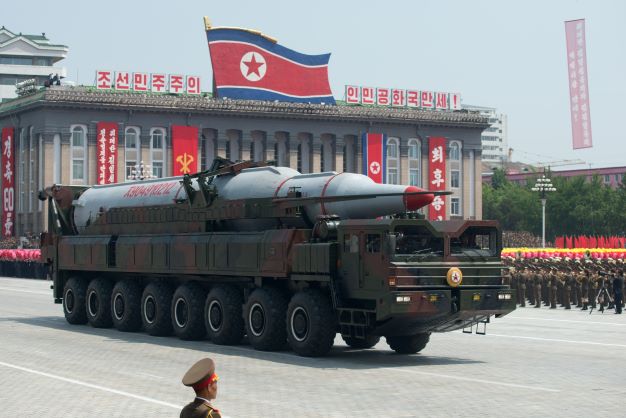 The growing tension in Korean Peninsula

Tensions have continued to rise around the Korean peninsula since Pyongyang carried out its sixth nuclear test, prompting a new round of UN sanctions.

North Korea has launched dozens of missiles this year, several of them flying over Japan, as it accelerates a weapons programme aimed at enabling it to target the United States with a nuclear-tipped missile.

KCNA statement added the device is designed for adjustable yield, from tens kiloton to hundreds kiloton. By adjusting its yield this ‘multi purpose’ nuclear device can be used against specific targets or set to explode high in the atmosphere, causing an Electromagnetic Pulse (EMP) that devastates electronic circuits and electrical power grids over a large area. Previous tests of North Korean thermonuclear devices developed yields up to 20-30 kilotons.

A thermonuclear weapon represents the second generation nuclear weapon design using a secondary fusion stage in addition to the primary fission device. This secondary device is triggered by the fission stage causing a fusion reaction. Placed near each other in a radiation-reflecting package designed to contain x-rays for as long as possible , the fission bomb and fusion fuel make a powerful combination resulting in greatly increased explosive power, when compared to single-stage fission weapons.

The test occurred just under a year after North Korea’s fifth nuclear test on September 9, 2016 which North Korea claimed was its first hydrogen bomb test, and less than a week after a launch by North Korea of the Hwasong-12 ballistic missile over Japan and into the Pacific Ocean.

North Korea has previously conducted nuclear tests in 2006, 2009, 2013, and two in 2016, with explosive yields of less than one kiloton, 2-4 kilotons, 6-9 kilotons, 7-10 kilotons, and 20-30 kilotons, respectively. Pyongyang claims it now masters the entire production process of nuclear devices, production of weapons-grade nuclear materials to the precision processing of components and their assembling, thus enabling the country an unlimited production of such weapons. This year North Korea also demonstrated the capability to build ICBMs able to carry such weapons over long distances.

Tensions on the Korean Peninsula have escalated in the past few months after North Korea launched missile tests – some successful, others not-that purportedly showed increasing sophistication in the nuclear state’s weapons program.

Tensions between the US and North Korea are already high, but this past weekend pushed them even higher.

North Korean Foreign Minister Ri Yong Ho recently in a UN speech that it was “inevitable” North Korea would launch missiles at the US mainland. That came just days after President Donald Trump used the same venue to declare that America might “totally destroy” North Korea if it continued to threaten the US or its allies.

North Korea says it may test a hydrogen bomb over the Pacific Ocean after US President Donald Trump threatened to destroy the country, whose leader responded by promising to make a “mentally deranged” Trump pay dearly for his threats. Leaders of both the country are engaged in the war of words.

No one knows what kind of test the North Koreans have in mind. But the presumption is that if  Kim decides to go ahead, the North Korea would attempt to conduct the test by firing it on a missile, presumably to an empty spot in the Pacific. The goal would be to demonstrate that it had solved all the technological issues involved in delivering a nuclear weapon to an American city.

The tension escalated dramatically between North Korea and America after President Trump took office in America. The issue of North Korea’s missile tests is used by America to threaten North Korea. It was noticeable that the escalation of tension became more intense after the arrival of the Trump administration in America as if the administration’s top priority is to eliminate what it calls the North Korean “threat” to its interests and its allies in Asia.

World leaders have condemned North Korea after it conducted its longest-ever test flight of a ballistic missile, with some calling for even tougher sanctions.
North Korea has conducted six underground nuclear tests so far and each one has taken it closer to what decades of international talks have tried to prevent – a nuclear weapon in the hands of one of the world’s most unpredictable states.

North Korea claimed it has successfully tested what the world has worried about – a miniaturised hydrogen bomb that could be loaded on to a long-range missile. Seismic readings of 6.3 indicated the test was bigger than any other that has been conducted.

A series of earthquakes in North Korea have sparked fears the country may have conducted another nuclear weapons test, although experts said the tremors were natural. All of North Korea’s previous six nuclear tests registered as earthquakes of magnitude 4.3 or above. The last test in September registered as a 6.3 magnitude quake.

The intense scrutiny of any earthquakes in North Korea highlight rising tensions in the region as Donald Trump and Kim Jong-un engage in an escalating war of words.

If North Korea follows through on its threat to conduct an atmospheric nuclear test, it would be a far more dangerous step and poses a host of hard decisions for the Trump administration because attempting to stop the test could be as dangerous as letting it go ahead.

That is why the United States and the Soviet Union banned such tests in their first nuclear test-ban treaty, more than a half-century ago.

All six of the North’s nuclear tests have been underground, containing the radioactive fallout. But an atmospheric test-perhaps with a warhead shot over the Pacific on a North Korean missile, or set off from a ship or barge-would put the populations below at the mercy of the North’s accuracy and at the winds that sweep up the radioactive cloud.

Kim’s goals are twofold: shrinking a nuclear weapon to a size that can fit atop a long-range missile, and developing a hydrogen bomb. By September, the country claimed to have achieved both those goals. But the actual nature of the North’s weapons program is hard to ascertain, given how carefully Kim and the military have managed information for propaganda purposes.

The solution to this problem lies in developing mutual trust and peaceful talks.

North Korea has trust issue with US as it has seen what happened to Saddam Hussein in 2003 and Muammar Qaddafi in 2011. Both dictators had nuclear weapons programs and US convinced both to give them up.

Kim doesn’t want any regime change and US needs to assure him that talks can be made without having an implications on his survival, as anyways North Korea is not very willing to mingle with international community.

Global leaders should stop thinking that North Korea will ever completely and irreversibly denuclearize. In the modern age, nothing is irreversible anyway. The knowledge and technology are out there. 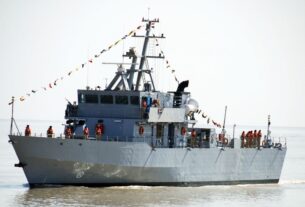