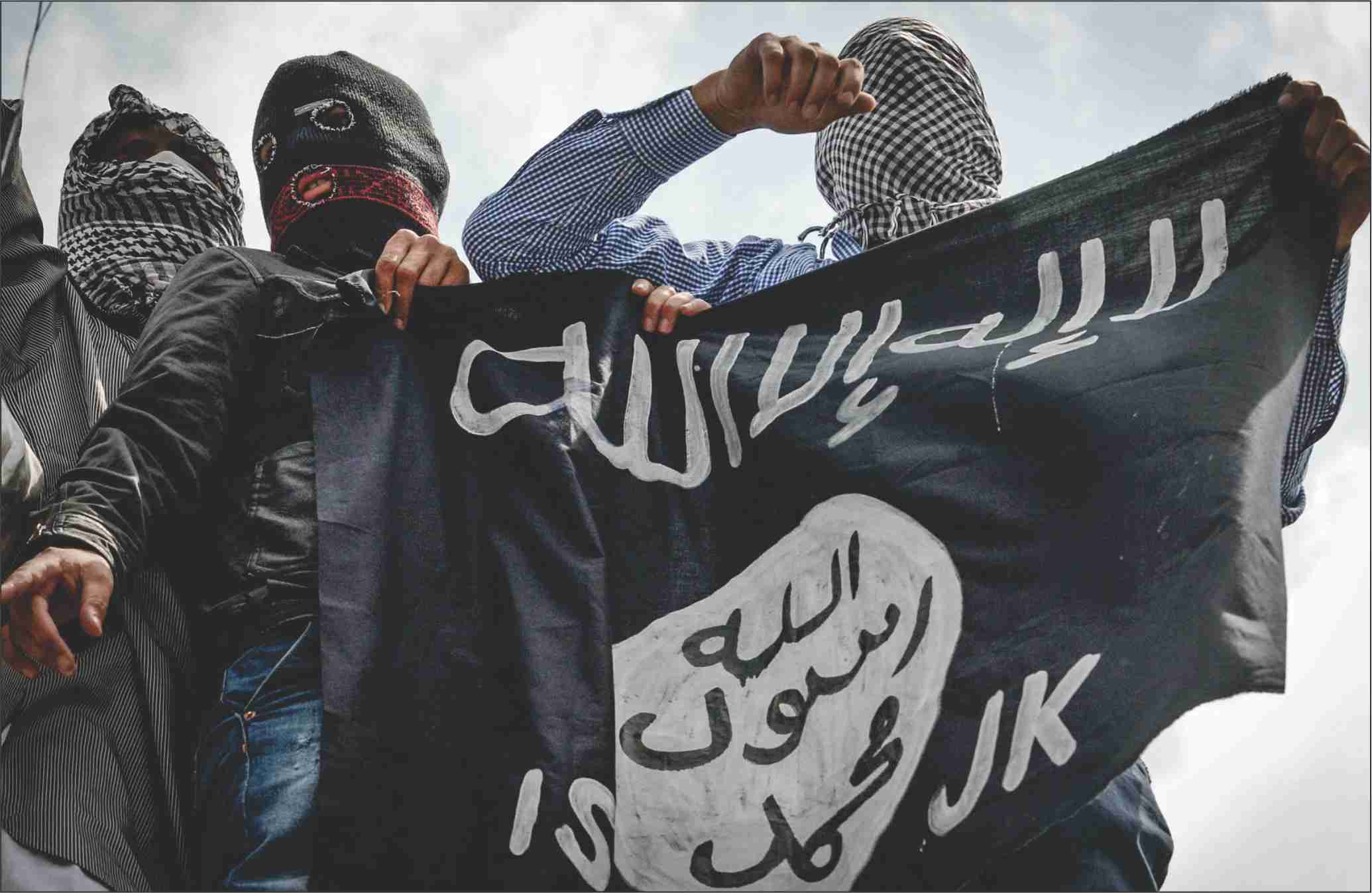 Nigeria based Boko Haram terror group has split into two factions, one loyal to Abubakar Shekau and the other to Abu Musab al-Barnawi, appointed by Boko Haram’s ally, the Islamic State.

In 2015, rumours started spreading that Shekau had been killed or replaced after he failed to make a verified video appearance for the past year. Following the new appointment, Shekau, released an audio message in Arabic and Hausa accusing al-Barnawi of trying to stage a coup against him.

The recent split has generated a wide range of reactions and predictions among international security experts and analysts, who have warned that the dangerous development could be more deadly threat to the already porous Nigeria security system and that of West Africa as a whole.

However, it will be too early to come to a conclusion as there are chances that this split might actually weaken the terrorist group as a whole.

In the struggle for control, Boko Haram factions could turn on each other, further splitting the insurgents who have been beaten back from their strongholds in northern Nigeria over the past year.

There were talks of crack appearing in the leadership of the group in last few months, however as an indication of shift in strategy, the Islamic State has officially named Abu Musab al-Barnawi as the militant group’s new leader and says he will pursue a different strategy-but the old leader, AbubakarShekau, says he’s still in charge.

This new split in the leadership is the result of failure of Shekau to adhere to guidance from Islamic State. It is believed that ISIS has rejected Shekau because of Boko Haram’s deadly attacks on Muslims. To re-establish the group’s credentials and recruiting abilities in the region, ISIS realised a change in strategy and leadership was needed.

Shekau was seen as disorganised and unreliable, and that IS’s announcement of a new leader may be an attempt to clean up Boko Haram’s reputation among jihadists. Shekau has a fierce reputation to slaughter and clamp down heavily on his rivals or anyone who goes against his leadership.

In 2015, Boko Haram pledged allegiance to ISIS. However, Shekau is known for preferring Boko Haram’s autonomy from foreign jihadist groups.

The fact that some Boko Haram members left the group to form other splinters has cast doubt over Shekau’s leadership. Multiple sources reveal that many members have moved to Libya, Syria and other battlegrounds to fight there, promising the comrades they left behind to come back when things have changed. Others are reported to have rejoined the growing Al-Qaeda cells in the region

Shekau has been criticised by many Boko Haram members-and IS itself-for killing Muslims and allowing the use of children in suicide bombing missions.

Boko Haram, which has renamed itself as Islamic State’s West Africa Province (Iswap), fights against Western influence in Nigeria and aims to impose its version of Sharia law throughout occupied territories.

Boko Haram carries out attacks in Nigeria and neighbouring countries in a bid to take control of more territory. Three Nigerian states “ Adamawa, Borno and Yobe “ have been under a state of emergency since May 2013.

Boko Haram has killed at least 20,000 people since 2009 and was deemed the world’s deadliest terror group, surpassing its ally Islamic State (Isis) in November 2015.

Boko Haram has killed nearly 25,000 Christians and Muslims, including civilians and soldiers, in terrorist attacks since 2009, and has displaced at least 2.2 million people, according to official estimates.

The new leader Al-Barnawi is said to be allied to Ansaru, which split from Boko Haram in 2012 because it disagrees with the indiscriminate killing of civilians, especially Muslims.

Al-Barnawi, during his published interview said he would end attacks on mosques and markets used by ordinary Muslims, instead threatening to kill Christians and bomb churches.

Despite the group’s substantial territorial losses at the hands of a multinational force comprising Nigeria, Cameroon, Niger and Chad, Al-Barnawi said that Boko Haram was still a force to be reckoned with and vowed to end its practice of attacking mosques and killing Muslims.

Abu Musab could be a game changer for ISIS. He has an attractive personality and is soft spoken. He may strategically collaborate with other ISIL factions in West Africa , East and North Africa to recruit more militants and attract foreign fighters from mostly diaspora communities in the west.

Abu Musab Al-Barnawi may lead a faction that could develop the capability to launch more daring attacks with a focus not only against Nigeria or neighbouring Niger, Chad, Cameroon – but against the west and its interests inside and outside West Africa.

Abu Musab al-Barnawi has been lately praising IS activities. He also alleged there was a plot to Christianise the Muslim-majority northern Nigeria. ISIL were probably struggling to claim the loyalty of militants in West Africa. This may be a role that Abu Musab will be prepared to lead-a new face and a new strategy under ISIL command-a thing they did not enjoy under the leadership of Shekau.

The father of Abu Musab-Late Mohammed Yusuf was charismatic and strategic. He was not as brutal as his successor Shekau. It is said if Abu Musab follows his  father’s footsteps, then there could be a reduction of attacks against Muslims and Mosque , reduction of women and children used as suicide bombers or soft targets like places of worship.

On the other hand, Shekau did not attract a lot of foreign fighters probably because he was never fully trusted by ISIL leadership as he quickly switched allegiance from Al Qaeda to ISIL when it suited him.

Shekau’s followers may also team up with al-Qaeda in the Islamic Magreb, al-Qaeda’s official branch in North Africa which was behind hotel terror attacks in Mali and Burkina Faso.

The concern is that Shekau still commands a very large following – he is feared for his brutal reactions against anyone that goes against his leadership. But without financial resources most of his militants could become desperate – they could drift to the new man who may enjoy full support from ISIL core.

Structurally he will be under the leadership of Abu Musab Al Barnawi who will now be overall ISIL representative to the entire West Africa region. Shekau will not be comfortable in this position-he is a man who is accustomed to power and authority and he does not like to take orders even from ISIL core.

In such a scenario the split has opened up a new and dangerous chapter of Nigerian born terrorism as both factions will now compete to outdo each other.

Few local reports suggest that fighting has already broken out between militants loyal to Al-Banarwi and those allied to Shekau.

Shekau’s outburst in his released audio clip clearly shows that there are deep disagreements, which could translate into clashes between the foot soldiers loyal to the two leaders.

As Shekau has nothing to lose now his followers might go for deadly attacks and he could also resort to kidnapping and other organised crime strategies if he no longer has the material support from ISIS.

However, for many Nigerians, Boko Haram’s leadership battle is not hugely worrying. The crackdown by the Nigerian government and military has made significant progress in weakening the group. Most citizens believe the group no longer has the power to attack on the same scale as it has in the past.

It is possible that the split could help Nigeria’s government: the two sides may waste energy fighting each other rather that the state. More likely, though, they will try to outdo each other with a series of attacks. Shekau has already promised to hit “Nigeria and the whole world”.

The split in the leadership could be a golden opportunity for the counter terrorism force of Nigeria and other countries in the region to further curtail the terrorist group. Nigerian President Muhammadu Buhari, a former military ruler who took office last year, has made it a priority to defeat Boko Haram. Counterterrorism operations, set in motion by the President, have succeeded in reducing the number of terrorist attacks.

The Nigerian military has downplayed the split as just an attention seeking effort of the already weakened terrorist group.

However experts believe that there is a danger in downplaying the recent appointment as  the new ISWAP leader is the son of the first Boko Haram leader Muhammed Yusuf who was  killed while in police custody in 2009-Abu Musab will not forget this incident. He may be out for some revenge attacks which he can now order directly as the new Ameer.

The government needs to develop a trust between the people and the military-a factor that has been scarce on ground. Also there has to be a genuine regional collaboration between affected states in the region.

Terrorist organisations like Boko Haram are most vulnerable to collapse and self destruction when faced with internal splits on strategy, but the counter strategy has to be right and timely. 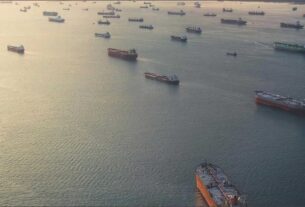 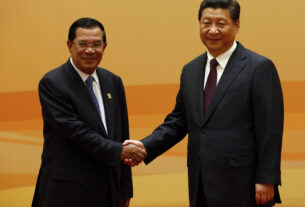