Though ISIS is rapidly losing the grounds in Syria and Iraq, but it is not at all losing the war. Interestingly, the weakening of the Islamic State in Iraq and Syria is something that increases the risk of a major terrorist attack in other parts of the world. It is well-known that when a terrorist group is defeated on its own turf, it retaliates by carrying out a series of deadly attacks abroad.

The potential gravity of the ISIS group’s threat has only just begun to dawn.

The group’s latest atrocity was a recent on a Sufi shrine in Balochistan that killed at least 50 people and wounded 100 others. According to police, Afghan officials and ISIS media outlets, the majority of ISIS fighters in Afghanistan are Pakistani nationals, mostly from the tribal regions. Disgruntled Taliban fighters from Pakistan and Afghanistan have joined along with foreign fighters, mainly from central Asia.

This incident and the recent spate of terrorist attacks across the world-unleashed by ISIS-inspired or affiliated individuals and groups-indicate that the group has made inroads into many other territories and the Western powers have failed to assess the threat this group poses as a global terrorist outfit.

ISIS is operating both on the ground and in cyberspaces. In cyberspaces, it is influencing the minds of Muslim youth with violent Islamist ideology while exploiting their socio-cultural and psychological confusions, thereby inspiring them to perpetrate violent acts.

On the ground, it is not only challenging powerful nations and security establishments but also other militant groups by encroaching on their territories.

ISIS is now operating beyond its geographical area of operations. The group is now expanding its international reach.

Islamic State, which has looted an estimated $1 billion from Syria and Iraq and is widely seen as one of the richest militant groups of all time.

The group has faced military defeats in north-eastern Iraq and Syria in recent months, but it also carried out large-scale international terror attacks.

But the battlefield successes enjoyed by Western-backed forces in the Islamic State’s heartland have done little to stop the expansion of the militants to Europe, North Africa and Afghanistan. The attacks this year in Brussels, Istanbul and other cities only reinforced the sense of a terrorist group on the march.

With affiliates in Algeria, Egypt, Libya, the group is beginning to assemble a growing international footprint that includes ungoverned and under governed areas. Tunisia, Algeria, Somalia, and Sudan are most vulnerable to ISIS infiltration. Boko Haram is ISIS’s strongest ally. ISIS has been able to establish a foothold at the confluence of the Niger, Nigeria, Chad and Cameroon.

Libya is a geographically ideal base for ISIS. Its cities are clustered along the coast, and the group has proven its ability to infiltrate Libya’s population centers, including Derna, Sirte, and Tripoli. The rest of Libya is mostly ungoverned desert terrain, which provides freedom of movement as well as space for terrorist training camps.

Despite its limited territory, ISIS has had little trouble recruiting Africans to fight in Libya. Tunisia is the primary country of origin for foreign ISIS militants who come to Libya, but recent recruits coming from Senegal, Chad, and Sudan indicate that ISIS is seeing growing returns in the Sahel from its propaganda.

ISIS has also expanded its support in North Africa. A growing number of Moroccans have joined ISIS territories in Iraq and Syria or traveled to Libya to support the group.

ISIS has made tentative inroads into both Tunisia and Algeria. The group’s support in the former is particularly prolific with Tunisia being the largest export of ISIS’ foreign fighters.

An emerging terrorist group in East Africa, calling itself “Jahba East Africa”, pledged allegiance to the leader of the Islamic State group recently in the latest sign the militant Muslim group is expanding across Africa.

Al Qaeda supporters in Africa are increasingly leaving the group to join the Islamic State group, also known as ISIS or ISIL. ISIS leaders recently released a series of propaganda videos calling for the creation of “Wilayat Somalia,” or a militant territory, in the impoverished East African nation.

In order to join these jihadist affiliates and align with ISIS, many fighters are defecting from rival organisations-such as al-Qaeda and the Pakistani Taliban.  However, many of the ISIS affiliate groups are small-scale ‘startups’ that wish to boost their standing by branding themselves with ISIS.

While some affiliates-such as IS Tripoli in Libya-have heeded ISIS’s call for attacks on Western interests, others appear to be using the ISIS name but not deviating from their original aims or ideologies.

ISIS affiliates have sprung up in North Africa and South Asia. Soldiers of the Caliphate in Algeria, Sons of the Call for Tawhid and Jihad in Jordan and Abu Sayyaf in the Philippines have all pledged allegiance to the terror group while IS-linked terror cells have been foiled in Belgium, Morocco, Israel and the occupied West Bank.

The Islamic State terrorist group has created at least six functioning armies outside its Iraq-Syria base that threaten governments in Africa, the Middle East and Afghanistan.

The six franchises, according to US reports, are not simply cells but viable armies with training bases, air-to-air missiles and anti-tank weapons, and hundreds, if not thousands, of fighters.

The Islamic State in Egypt is attracting Bedouin Arabs, Palestinians from across the border and foreign fighters.

The Islamic State in Saudi Arabia has taken credit for a series of attacks since 2014, and calls on its followers to kill the kingdom’s clerics and security forces.

The Islamic State in Libya is the terrorist group’s largest franchise, with as many as 6,000 fighters who threaten the shaky government in Tripoli. It controls large sections of territory, but is under pressure from government troops.

The Islamic State in Nigeria is working with the deadliest terrorist group Boko Haram, which has killed thousands of innocents and displaced more than 1 million people.

The Islamic State in Yemenis capitalizing on the country’s chaos, as Iranian-backed rebels and various Sunni groups fight for control, by unleashing a series of attacks on Shiite mosques.

The Islamic State-Khorasan Province, this Afghanistan branch seemed at first to be an annoyance. But as Islamic State has shown, it has an ability to attract followers bent on carrying out carnage. Hundreds of ex-Taliban have enlisted, and the Iraq-Syria base has provided financing.

Thought initially to comprise a few hundred, the group’s ranks have swelled to as many as 3,000.

The Islamic State group, which has been building a presence in Afghanistan for more than a year, has established a recruitment and training camp in a restive southern province bordering Pakistan.

ISIS ambitions for Afghanistan seem focused on setting up what it calls “Khorasan Province,” taking the name of an ancient province of the Persian Empire that included territories in today’s Afghanistan, Iran and some Central Asian states.

The terror group is attempting to establish a regional operational base in eastern Nangarhar province of Afghanistan as the loyalists of the group are trying to consolidate operations with the terror group in Syria and Iraq.

The ISIS group is also increasing its presence in Pakistan, recruiting Uzbek terrorists, attracting disgruntled Taliban fighters and partnering with one of Pakistan’s most violent sectarian groups.

Although the ISIS Khorasan chapter in Afghanistan controls a limited area in Nangarhar, the group is trying to infiltrate territories where the Taliban have control or are expanding.

Unless the Afghanistan and Pakistan government work together, the threat is likely to grow and affect the entire South Asian region. Already, group has established a presence in Bangladesh, Sri Lanka and Maldives.

The slow response by the Western countries and global powers to the rise of ISIS gave the group the freedom to franchise across much of the globe.

The effectiveness of ISIS’ very effective public relations arm, billions of dollars in its treasury and a large and easily manipulated young male Muslim population makes it an attractive terrorist outfit as ISIS’ caliphate now includes six armies and perhaps hundreds of thousands of supporters across at least 13 countries and growing.

The emergence of the Islamic State in Iraq and Syria (ISIS) in Bangladesh, the changing character of the group in Afghanistan, and its potential to inspire many in Pakistan and other African countries, require a broad strategy beyond blame games and traditional security approaches.

Countries must work to prevent the spread of violent extremism in the first place-to stop the recruitment, radicalization and mobilization of people, especially young people, to engage in terrorist activities. 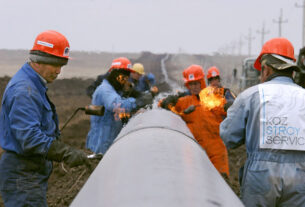 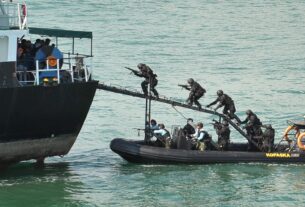 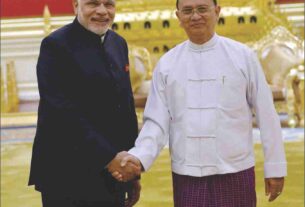