There is no way that the Government of India can expedite the acquisition of submarines and anti-submarine assets even if it raids the gold filled vaults of the Thirumalai temple for a one-time payment for all it needs. Events are overtaking it at a very swift pace with the Chinese expanding their presence in the Indian Ocean with special emphasis on Sri Lanka.

The Government of India has used the diplomatic channel to convey to Sri Lanka its displeasure at the visit by Chinese submarines (some nuclear armed) to its ports. It has been snubbed and it would appear that the visit of Chinese submarines is to become a frequent feature in the future with the possibility of a Sri Lankan port becoming a Chinese naval base.

India has made its point of view known to the Sri Lankan government but it should be prepared to accept that the government of Mahinda Rajapaksa will do its best to repay with gratitude the gifts of military arms and equipment given by China and Pakistan to help destroy the Liberation Tigers of Tamil Eelam led by the separatist V Parbhakaran.

India assisted only with training and non-lethal equipment like radar and communications equipment. Sri Lanka is repaying that debt by facilitating Chinese intimidation of India with its gunboat diplomacy and the Pakistan Army Inter-Services Intelligence by turning a blind eye to recruitment of spies and terrorists to attack India.

India has tried to match Chinese military relationship with Colombo with training facilities and tri-lateral joint exercises inclusive of the Maldives. The Chinese have cast a spell on both these close neighbors of India and is using their naval facilities as part of its “string of pearls” policy in the Indian Ocean littoral. There is nothing India can do to woo them over to its side. If the Chinese say they will send ships and submarines to visit their ports, there is no way that these two countries can refuse to allow them in.

Late last year the Chinese informed India that it was sending its nuclear powered Shang class submarine for a two-month operational run in the Indian Ocean. From 13 December 2013 the Chinese submarine was roaming the north Arabian Sea and the Indian Ocean from the east coast of Africa to Indonesia. The Foreign Affairs Office of the Ministry of Defence said that it had informed the Indian military attaché in Beijing of the submarine’s sojourn “Out of respect for India”. The trip lasted two months and reports suggest that it encountered no technical faults either in its engine or its propulsion system.

The Chinese have helped build Hambantota port on the southern tip of Sri Lanka Island and it is speculated that the Rajapaksa government is not averse of giving the Chinese base facilities there. Chinese presence there has the dual advantage of putting both India and the US on notice.

The US has had a naval and air base at Diego Garcia due south of the Indian peninsula ever since the British vacated territories east of the Suez Canal in the 50s and 60s.  The Americans have since improved the infrastructure on Diego Garcia by raising the height of the airstrip and improving its length. Raising the height became necessary because of the likelihood of a tsunami inundating the island and rendering all operations infructuous (as happened to India in the Andamans during the tsunami caused by an undersea earthquake off Indonesia. Severe damage was inflicted even in Sri Lanka and India’s eastern coastline at the time. The Americans have also increased the storage facilities for fuel and spare parts on the island.

India will have to find ways of deterring the Chinese. This it can do by recording the signatures of every Chinese ship and submarine engines and propellers that visit ports in the Indian Ocean littoral states. The entrance of Chinese vessels in these ports may not be noticed but the exit can be registered and the engine and propeller signatures recorded. It will then be easy for India to discern between Chinese vessels and submarines of other nations that are not hostile to India. It will be able to pinpoint and take appropriate steps to neutralize the vessel.

Arrays of undersea hydrophones connected by cable to the mainland can be laid on the seabed or in suspended animation under water propped by floats and buoys at or close to chokepoints in the Indian Ocean. Closer home, once identification has been established the airborne maritime reconnaissance and strike aircraft can be alerted if a Chinese vessel   comes within range where it can fire its missiles at India.

The US has proven technology for undersea listening devices and when India talks of “strategic relations” with Washington, it should be able to get that country to part with the technology that could be very useful to both partners. For long one had heard of joint naval exercises aimed at “interoperability”. If the word is not a reference to a one-way street, the US should be persuaded to set up systems like the Sound Surveillance System (SOSUS) it used during the Cold War to keep track of Soviet submarines (and to look for sunken submarines) in the Indian Ocean region and share the acoustic intelligence with India on a real-time basis.

Washington’s avowed policy of “ Pivot to Asia” will have real content only if it bolsters the surveillance capabilities of the nation-state with the most dominant peninsular presence in the Indian Ocean littoral i.e. India. If the Chinese want to “show the flag” in a flagrantly offensive manner, it will have to pay the price for it.

So far as its own submarine fleet is concerned it is a swiftly dwindling though not a totally non-performing asset. But as far as submarine building capability is concerned India is on the verge of acquiring a sea-based nuclear deterrent once the indigenously built INS Arihant is commissioned in the next three years. So there is submarine building capability and technical personnel who have learned enough of the project to be able to retain the momentum of the Arihant to produce two more of that class and a larger follow-on to the mother ship through a private-public partnership to construct four larger attack submarines.

Even as the rate of depletion has been dramatic during 2014 with the Sindhurakshak exploding in Mumbai harbor on the eve of Independence Day and the six Scorpenes that were to be built with French help are already about five years behind schedule.

The request for proposals to build six conventional submarines for an estimated Rs 50,000 crore in India has been cleared only recently. It is intended to fit indigenously developed air-independent propulsion (AIP) which gives additional endurance than that of a conventional submarine to this assembly line.

There is no way India can stampede itself into catching up with the competition (China and Pakistan combined). The next best thing it can do is to acquire acoustic intelligence gathering equipment through ‘buy and make’ if necessary to bridge the gap between acquisition of operational platforms and kill capacity.

If it is able to chart the presence of Chinese and Pakistani submarines and ships in pinpoint fashion it can deploy its maritime surveillance and strike aircraft to neutralize them either directly in a shooting war situation or force intruding submarines to rise to the surface and identify themselves. That will be half the battle won. 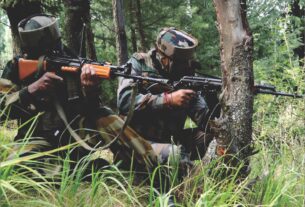 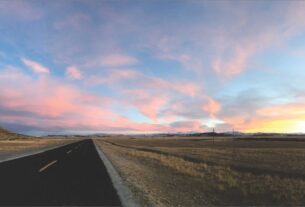