The Department of Industrial Policy and Promotion (DIPP) of the ministry of Commerce and Trade has delivered an old wine in the same bottle but to a new consumer, with the strong belief that the wine will be consumed this time.

Since the new Narendra Modi led NDA government is talking about the urgent need to revive the manufacturing sector and considering ways and means to remove barriers in encouraging private defence industry, removal of FDI in defence sector would go a long way in revitalizing the manufacturing sector which would not only bring heavy capital and high technology to India but would also reinvigorate the Indian defence industry.

The defence industry experts believe that if the new government has to take a grand revolutionary step in manufacturing sector it must begin with the defence sector. The Indian economy witnessed similar boom in early nineties when the government opened the Auto Sector and the Public Sector Maruti car manufacturer had to reorient and restructure itself to survive.

The Maruti not only grew but maintained its standing in the auto industry which is now considered of world standard and today India is also a major exporter of four wheelers. The simple change in policy transformed the face of Indian roads and the Indian manufacturing has seen the beginning of a new era. The defence sector provides similar opportunities. India can also become a source of outsourcing defence spare parts by international arms manufactures similar to the auto sector.

Since it has been estimated by defence experts that India would be importing defence equipments worth over US$ 100 billion in coming years, it would be a wise decision to allow the international arms majors to shift their factories to India where they would find it much cheaper to not only indulge in research and development but also in the production of weapons systems because of availability of cheap labor and trained technical and managerial manpower.

The DIPP under the previous Commerce and Trade minister Anand Sharma had first made the similar proposal in 2010 but was straightway rejected by the then defence minister AK Antony and a reform friendly Prime Minister Manmohan Singh, who as finance minister steered India’s economy out of woods in early nineties failed to gather enough courage to tell his Defence Minister to even initiate an inter-ministerial debate on the proposal.

So the FDI limit in defence sector remained to 26 % as it was first decided in 2001, in the immediate aftermath of Kargil conflict thrust upon India and the 18 month standoff between Indian and Pakistani army.

During those eventful years in the history of Indian armed forces, the services headquarters felt helpless as they were constrained to effectively reject an aggression from across the border.  It was then realized that armed forces were suffering from serious deficiency in their armament stocks and could not have decided to launch an all out offensive because of this.

The one big example was the lack of ammunitions for the Bofors Guns and also the Guns itself, which had to be mothballed for effective use. The policy makers then realized that had these ammunition and its launch platforms were manufactured in India the government would not have been compelled to run around the world capitals for urgent supply of spare parts and ammunitions. Many of the governments then refused to help India in the times of national crisis with the exception of Israel which came to India’s rescue.

If the then government in power had signed an agreement with the Bofors gun manufacturers to make them in India, the crisis situation would not have arisen. But the UPA government which functioned for total two terms of ten years did not  move with the times as roadblocks could not be removed for  its execution and failed to gradually reform the FDI policy to make it attractive enough for them to bring their  manufacturing facility in India.

Since the fiscal year ending March 2014 has shown a very dismal growth in manufacturing sector of only 0.2 percent, the new Modi government which is considered business friendly has started giving a serious look on the DIPP proposal.

When the new Defence Minister Arun Jaitley took charge of the Defence Ministry he dropped enough hints that he will seriously consider the proposal put forward by the DIPP of raising the investment limit by foreign investors in the defence sector. The DIPP has proposed three different limits 49, 75 and 100 percent for three different categories of defence systems which deals with the level of technology to be employed and its transfer issues.

Though there is a caveat also in the FDI in defence sector, if there are security related concerns the automatic route would be barred. The DIPP officials have argued that FDI in defence can be one of the biggest drivers of manufacturing and can help reduce dependency on imports. The current policy envisages only 26 percent FDI in defence though the Defence ministry can okay more investment limit on case to case basis depending upon the level of technology proposed to be brought to India.

The Indian stock market has responded positively to  this move as seen from  the rise of defence related stocks of leading well performing PSU’s like the BEL and BEML and the some of the representatives of the private sector defence industry like the Pipavav also welcomed the move.

This will not only help reduce the import bill, but will also boost domestic manufacturing and boost jobs. The DIPP has lamented over the sorry state of affairs of the Indian defence industry that they are not able to fulfill the demands of Indian armed forces and the country had to import defence systems over US$8 billion annually and the country has emerged as the top ten arms importer in the world. Though some of the Indian defence public sector firms are manufacturing arms like main battle tanks, guns, missiles etc inhouse, they have to import large component of critical sub systems and spare parts.

Indian defence industry at present is largely public sector owned with over 8 major defence public sector undertakings and over 40 ordnance factories which is supported by over 40 research and development laboratories owned by the DRDO. They have acquired over the decades huge infrastructure facilities along with a very well trained technical and scientific manpower, but they have not been able to fulfill the demands of Indian armed forces as they lagged behind in advancements in armaments technology.

Since they shut their doors for international companies for close cooperation they survived like a frog in the well. If the government opens the door for foreign collaboration, joint ventures and partnerships they would be able to utilize their expertise and resources much more efficiently which would go a long way in making the armed forces dependent largely on the domestic defence industries, which would be immune of foreign sanctions. 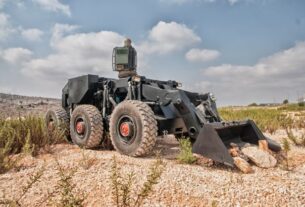 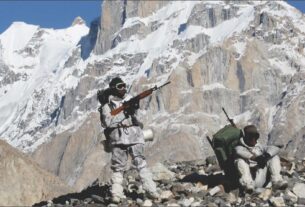