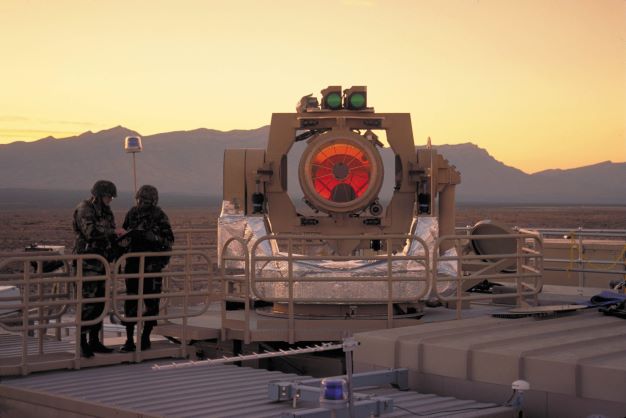 To score a kinetic point in the modern warfare, leading militaries around the world are going for laser technology driven weapons for hyper speed and quantum accuracy which can hit the target in any condition without fail.

Laser weapons have become one of the most important aspect of new generation warfare and several weapon programs involving high-energy lasers are in advanced stages of development in various countries.

The revolutionary technology, silent and invisible, laser weapons relies on high intensity pulses of light to kill or incapacitate, all at the speed of light. After decades of research and tests, lasers are finally entering into the military services.

Recently, the US announced that it is preparing to test a new high-powered laser weapon which can be mounted on army trucks.

US company Lockheed Martin has completed its designs, development and demonstrations for a 60 kW-class laser defence system to be delivered to the US Army.

The system is a vehicle-mounted platform to be used to defend ground-based assets against unmanned aerial vehicles and artillery attacks such as mortar fire and rockets. Lockheed Martin’s latest design for the solution was based on earlier concepts conceived under the US Department of Defense’s Robust Electric Laser Initiative.

Delivery of this laser represents an important milestone along the path to fielding a practical laser weapon system.

The laser is a combined beam of fiber laser and other individual beams generated through fiber optics, a process the product’s manufacturers say creates a more intense and powerful beam.

Early this year it was announced that the testing of a 150-kW laser weapon could happen within the next 12 months. The futuristic weapon is set to be used on a test ship, then, a year later, it can be mounted on a carrier or a destroyer or both.

The US Navy has used a 30-kW laser weapon system aboard the USS Ponce during patrols of the Persian Gulf, and it has proven especially useful in taking down enemy drones. The 150-kW laser system will be capable of destroying not only drones, but also large air targets, such as cruise missiles and airplanes.

It was only late last year Lockheed Martin announced it was exploring ways to put a laser on the F-35 Joint Strike Fighter. There is also consideration towards putting them in the AC-130 gunship and B-1 and B-2 bombers. The U.S. Navy has already fielded a laser weapon on the Austin-class USS Ponce, and anticipates arming the rest of the fleet in the 2020 to 2021 timeframe. Meanwhile, the US Army is looking for ways to use lasers to protect troops in the field from artillery shells, missiles, and drones.

The special operations forces want to test more powerful prototypes by 2020 on an AC-130 gunship that specializes in ground support for troops. The US military is also weighing the possibility of mounting lasers on drones flying at very high altitudes, making them capable of shooting down ballistic missiles shortly after launch. The US Army is planning to deploy the first laser weapons in 2023.

The first laser was demonstrated by Theodore Maiman in California’s Hughes Research Laboratory in 1960.  But it’s taken over 50 years to make them practical battlefield weapons, overcoming numerous technological hurdles along the way.

In the 1990s and early 2000s, the US Defense Department spent billions of dollars experimenting with laser weapons that relied on gases or liquids to generate extremely powerful beams.

In 2010 the American arms giant Raytheon demonstrated a laser weapon which was able to shoot four drones out of the sky and in 2014 the US Navy carried out several laser tests in the Persian Gulf.

The UK Ministry of Defence is finalising the agreement of a £30 million contract with MBDA UK Ltd to produce a Laser Directed Energy Weapon Capability Demonstrator. The project will assess innovative laser directed energy weapon technologies and approaches, culminating in a demonstration of the system in 2018-19.

The contract will assess how the system can acquire and track targets at range, in varying weather conditions, over land and water, and, crucially, with sufficient precision to enable safe and effective engagement.

As per the awarded contract the company will create a laser weapon which can track targets at distances and operate in varied weather conditions.  If the prototype is successful, the UK’s first laser weapons could come into service by the mid-2020s.

The MoD has partnered with Dragonfire, a UK industrial team to create the laser weapon.The aim of the project is to test whether directed energy technology could be used by the armed forces.In 2019, a demonstration of the prototype will be unveiled on both land and maritime environments.

Meanwhile, MBDA Germany has edged closer to fielding a new deployable laser weapon system (LWS) following a series of day/night all-weather trials at the NATO Bergen-Hohne Training Area near Bergen, Germany. Firing of the high-energy laser was not scheduled for these tests, nor was an acquisition sensor deployed. Quadcopters fitted with GPS transmitters served as airborne targets for the trials, performing a variety of dynamic manoeuvres at different ranges to prove the functionality of the overall system and the performance capability of the LWS’s improved tracking system.

The targets were preset, scanned with the laser target illuminator, and an aim point was held on the target for an extended period to simulate destruction of the threat.

In an effort to counteract a network of US navigation, intelligence, and communication satellites capable of unmatched precision strikes, China is developing its own arsenal of electromagnetic rail guns, powerful microwave weapons, and high-powered lasers. This weaponry could feature in future space-based ‘light war’ satellite attacks.

China early this year presented its Silent Hunter laser system at a defence exhibition in UAE. The system is capable of disabling car engines at a distance of one mile and has a capacity of 50-70 kilowatts.

China’s other laser system, the Low Altitude Guard II land mobile complex, was presented at a defence exhibition in South Africa in 2016. Based on a conventional military truck chassis, the 30-kW system is capable of destroying unmanned aerial vehicles and helicopters.

In February 2017, scientists from the Chinese Optics journal were quoted by media outlets as saying that

Also early this year China had successfully tested a ground laser with a capacity of 50-100 kilowatts which is capable of destroying in-orbit satellites.

Meanwhile, Russia says it is working on a new range of laser, plasma and electromagnetic weapons as well as hypersonic missiles. Russian Ministry of Defence had announced it was spending £30 million on a prototype laser weapon.

A hypersonic weapon is a missile which travels at Mach 5 – five times the speed of sound – and it would enable the Russians to strike a target thousands of miles away within minutes.

LASER is an acronym that stands for “light amplification through the stimulated emission of radiation.” Lasers work by exciting the atoms, molecules, or ions in a medium-think gases, chemicals, fibers, or diodes-until they emit light at exactly the same wavelength. That light is then channelled into a narrow beam by a resonator, and then directed at a target.

In other words, lasers are essentially narrow beams of focused light that do damage by heating the target. They can burn holes in aircraft skins, the hulls of small boats, or the human body. They can heat artillery shells in mid-air, causing them to explode, or the storage containers at a fuel dump until the fuel ignites.

Lasers can deliver precise and tailorable effects against a wide class of targets and at a very low cost per shot.  The type of gradual effects a 30 kW laser can deliver includes: deny, degrade, disrupt, and destroy of targets such as UAV’s or small boats at a few kilometers range.

Combat lasers have two main obvious advantages- low cost cheapness and theoretically unlimited number of “shots” that can be effectively used at close distances against a swarm of drones or small boats.

It is a big bonus for the military that lasers promise seemingly unending and cheap firepower.

Unlike conventional canons that need shells, laser canons are limited only by the amount of electricity that can be generated.

Laser weapons are very promising on warplanes, which could potentially get an unlimited reservoir of firepower to defend against adversaries’ missiles. An aircraft doesn’t have to return to base to upload more weapons. It could refuel and continue to operate with its nearly unlimited magazine.

However there are few disadvantages of laser technology. A laser loses strength every inch it travels. Its performance can be greatly affected by the adverse weather conditions such as fog, rain, or low-hanging clouds. Lasers could be degraded by starting smoky fires, or filling the air with tiny particles.

Another downside to lasers is that they generate tremendous amounts of heat, and must shed that heat between firings. Without a good cooling system, a laser will need to cool off between shots. This is less of a problem for ships, which can accommodate the bulk, or aircraft that can use air flow to cool the laser, but it could be a problem in ground vehicles and are a major barrier against handheld laser weapons.

Due to such hurdles, lasers are for now are limited to short-range, mostly defensive weapons. 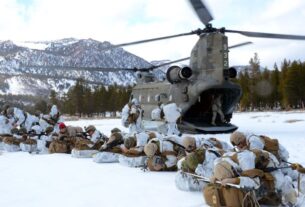 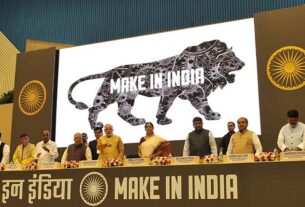 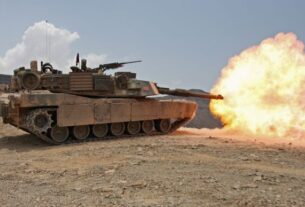