China bargained for border concession to give entry into NSG

As the post-NSG meeting in Seoul has erupted with spat between India and China as the latter was asking for clearing procedural hurdles to secure membership, it is coming out that China had demanded India to normalize relations by solving border issues as soon as possible as a precondition.

This could have been a solace to the Chinese to back India for NSG entry while ensuring that Pakistan too can be accommodated at some later stage.

India had assured that it is not opposing others entry into NSG as it is only interested to talk about itself first. China suspected that Delhi will object Pakistan’s entry once India is inside the bloc.

Yet, that apart, China wanted a deal to be done if India wants to enter into the high table of global platforms where only biggies are eligible to sit together.

China considers India as a small time regional power and loathes to see it as an emerging power which can compete with China at a later date to acquire a high standing in global power matrix.

But the under current can be studied that Beijing wanted a deal to allow India to gain membership of Nuclear Suppliers’ Group provided Delhi agrees to its demand.

China often places one demand at a time. This time it appears it was border resolution and it had pushed India to accept its own border solution theory.

China always maintains that Sino-Indian border issue can only be resolved through political means not by technical means. That is why expert level talks have not yielded any result till date.

This widely held out views in Beijing can give a pip into what exactly happened prior to NSG meet or aftermath and why the whole episode was being played out publicly one accusing the other.

Although India did not name China but it implied that Beijing was the main culprit behind its failed mission to gain entry into NSG.

China countered saying it was rules not China that blocked India’s entry.

But behind the scene China always cuts a deal in global big events to ensure its own interest as Beijing is playing smart diplomacy as a matter of rule.

For example, it secured its entry into World Trade Organization in 2001 by supporting US war in Afghanistan in post 9/11 period.

Similarly, it wants a deal for itself in case of Indian entry into NSG if there is such a chance is existing.

But Prime Minister Narendra Modi was reluctant even to directly put forward India’s case to China except talking to Chinese President at the last moment.

China, according to sources in Beijing, was demanding that both countries should resolve border dispute on a priority basis which will help Chinese companies to gain access into Indian market.

But the border solution theory of China as a precondition had alerted India that Beijing wants to impose its will seeing an opportunity of desperation.

China is looking for solutions to Aksai Chin area problem and Karakoram Highway areas since India has raised its objections already and Beijing has considered to put 45 billion USD into China-Pakistan Economic Corridor project.

If India and China do not find a clear solution in near future then several of Chinese big projects will suffer or will witness strategic risks for investment.

At one point it was India which was desperate to solve the border issues between the two countries. Since Chinese interests have grown many folds in the region and China is looking for its energy security through CPEC and Karakoram region, China wants to settle disputes with India quickly.

The NSG bid of India had given hope to Chinese strategic thinkers that there can be a way out but the Modi government had kept its card only close to its chest and never showed it up what it will give in return if a favor is given to an adversary. 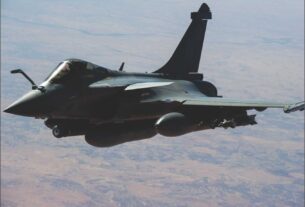 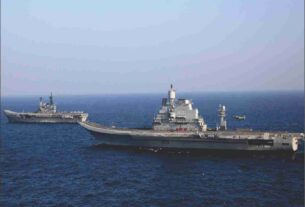