Under the government of Prime Minister Narendra Modi, with its vibrant foreign policy, India has been actively trying to develop relations with many countries to reap the benefits of cooperation.

PM Narendra Modi’s recent historic visit to Israel reflects a broad picture of the foreign policy being pursued by the current NDA government. Indian government needs the technology in the key sectors like defence and agriculture and it knows that Israel could be the best partner for the same as it can offer the technologies that no other country in the world would like to offer.

For years, Israel and India have been working closely together on counter-terrorism and defence issues and India has been a regular customer of arms from Israel.India and Israel forged a close military and security relationship during the 1999 Kargil war with Tel Aviv supplying top of the line Searcher Mark II UAVs to reconnaissance the Pakistani intrusion area in Drass, Kakser and Batalik sectors. Later, Israeli companies armed Indian multi-role fighters like Miraage-2000 with Litening pods to paint the Pakistani targets for a laser guided bomb attacks. It also provided Barack surface to air missiles to protect then Indian aircraft carrier Viraat.

PM Modi has become the first serving Prime Minister from India to pay a visit to Israel. This is more than a historic visit. Prime ministers from India always took a balanced and sensitive approach to the Israeli-Palestinian conflict in the past. But Modi, as it is well known, is different. He did not even plan to travel to Ramallah to visit Palestinian president Mahmoud Abbas. India has therefore finally de-hyphenated its relationship with Israel and Palestine, engaging with the two arch-rivals separately and on mutually beneficial terms. It reflects clearly that this trip was focussed on India’s expanding defence, technological and commercial ties with the Jewish state.

As chief minister of Gujarat he visited Israel and carried back with him strong impressions of Israel’s remarkable ability to innovate and effectively apply that innovation, especially in agriculture and water management. It is then very clear that as prime minister he would be keen to secure India’s access to Israeli innovation and its application to deal with chronic and emerging problems.

Israel, too, has given Modi the high-level red carpet treatment. Mr Benjamin Netanyahu, PM of Israel, went beyond the usual protocol of meeting visiting leaders on a few occasions during their trip. In the case of Mr Modi, he accompanied accompany him for most of the visit, an honour usually reserved for only top level guests like the US president.

For the Indian prime minister, who is trying to make a “New India”, Israel is an important source of military and agricultural technology, while many of his supporters believe India and the Jewish nation face a common threat from hostile Muslim-majority neighbours.

Israel is the third-biggest exporter of arms to India, behind Russia and the US. India has also in recent years employed Israeli technology to help it manage its water supplies, from drip irrigation systems in states such as Gujarat to a proposed desalination plant near Chennai.

Israel is determined to take the bilateral engagement to a different level that goes beyond defence hardware and intelligence software. It wants to showcase its best achievements and these are essentially technology based.

India too is determined not to be trapped in the matrix of popular perceptions at home, subscribed by both friends and critics, of Israel as a warrior State constantly battling its foes. It wants to seek out the best technology that helps meet challenges of the future.

Marking the 25th anniversary of the establishment of diplomatic relations, the three day visit to Israel resulted in the signing of seven agreements on areas including space, technology and agriculture.

India can also learn from Israel about the smooth cooperation they have between industry, academia and government. Their universities have technology transfer companies based right on their campuses, who help convert theory into useful products in a very short period of time.

The two leaders agreed on initiatives and policies that would reflect the goals and aspirations of both nations and widen their collaborative endeavours in a broad range of areas. They visualized that the two countries will become close partners in development, technology, innovation, entrepreneurship, defence and security.

Recognizing its centrality for development, India and Israel agreed to establish a “Strategic Partnership in Water and Agriculture”. This will focus on water conservation, waste-water treatment and its reuse for agriculture, desalination, water utility reforms, and the cleaning of the Ganges and other rivers using advanced water technologies.

Prime Minister Narendra Modi also held a meeting with CEOs of various companies who reportedly signed agreements worth about $4.3 billion.

Businessmen attending the first meeting of the “CEO forum” for India-Israel cooperation, said the focus was on building ties currently overshadowed by one-way defence trade between the countries. A document of “joint intentions” said that it hoped to take current bilateral trade of about $4-5 billion to $20 billion in five years “if untapped potential is fully harnessed.” The document listed the biggest problems as restrictive “laws for investors” in India, and Indian business visas, which are only granted for one year presently.

Recognizing the importance of facilitating movement of businessmen and women, India and Israel underlined their expectation that the granting of multiple entry visas to business people for up to five years will encourage greater economic and commercial exchanges.

The two Prime Ministers welcomed the conclusion of the Memorandum of Understanding for establishing the India-Israel Industrial R&D and Innovation Fund (I4F) by the Department of Science and Technology, India and the National Authority for Technological Innovation, Israel with a contribution of US$ 20 million from each side. This MoU will play a seminal role in enabling Indian and Israeli enterprises to undertake joint R&D projects leading to development of innovative technologies and products that have potential for commercial application.

Israel has been partnering India in its quest to be the frontrunner among emerging powers in developing space technology, especially in the domain of satellites. The successful launch of nano satellites, which represent the future, is an outcome of this cooperation. The idea is to take this cooperation between ISRO and Israeli Aerospace to an altogether new level.

Both leaders also welcomed the ongoing cooperation between the Israel Space Agency (ISA) and the Indian Space Research Organisation (ISRO). They expressed satisfaction over the signing of three MoUs and Plan of Cooperation in the areas of Cooperation in Atomic Clocks; GEO-LEO Optical Link; Academic collaboration and Electric propulsion for small satellites which would further enhance cooperation between the two countries. They also encouraged the two Space Agencies to further enhance the growing relationship for mutual benefit. The two leaders acknowledged that the recent launching by ISRO of an Israeli nano satellite is an important milestone in this arena.

India and Israel are committed to promote security and stability in cyberspace on both the governmental and private levels. The Prime Ministers emphasized the importance of enhanced dialogue between their national cyber authorities and expressed their commitment to expand and accelerate their cooperation in this sphere including laying a mutual roadmap for its implementation. Both sides also recognise the value of enhancing and further institutionalising their broad-based cooperation on cyber issues through a Framework for cooperation in the area of cyber security.

India and Israel also elevated their ties to the strategic partnership level, vowing to do “much more together” to combat growing radicalisation and terrorism while pitching for strong action against those financing and providing sanctuaries to terror groups. The issue of terror and “strategic threats” along with various other topics like cooperation in defence and security, water, agriculture, space and West Asia figured prominently in the talks between Prime Minister Narendra Modi and his Israeli counterpart Benjamin Netanyahu. After the wide-ranging talks, the two sides signed seven pacts covering areas like innovation, water conservation, agriculture and space.

Prime Minister Modi has assured faster facilitation of OCI cards for Jewish Citizens of Indian origin in Israel. He also assured that the OCI card will be given even to those people of Indian origin who had served in the Israeli government’s compulsory army service.  The launch of a new Air India flight connecting India and Israel was also announced, the flight is expected to connect Delhi/Mumbai to Tel Aviv.

Further, both India and Israel are keen to enhance people-to-people contact by pushing tourism, showcasing culture, promoting scholarships and creating connectivity. India has agreed to set up a cultural centre in Israel. This part of the relationship will be work in progress over a period of time.

Israel and India are compatible in so many ways. Both democracies are ancient civilizations that have endured a great deal and today stand in the world on their own terms, in full possession of the wisdom of their experiences.

This understanding of the dynamics of globalization have brought the two countries closer together more than any other consideration. Just as Israel has kept itself intimately connected with its diaspora, Narendra Modi has reached out to India’s thirty million-strong ex-pat community to enhance his country’s engagement with the world. While being deeply rooted in their own traditions, both Indians and Israelis are extremely international in their outlook and sensibility.

Therefore all the agreements signed during the visit will redefine the strategic partnership between two nations with shared goals and values.

Modi is committed to India responsibly taking its rightful place in an increasingly integrated world, and in Israel he sees a partner that is uniquely equipped to make that happen. PM Modi is focused on bilateral trade, top end agricultural technologies and regional security in context of Islamic State and other non-state players. He is looking for the long term benefits for India. 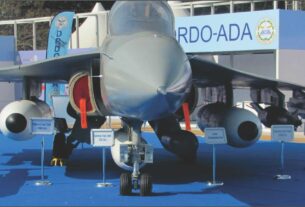 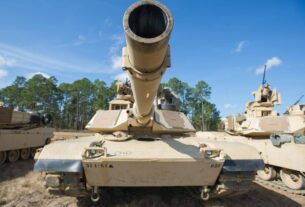