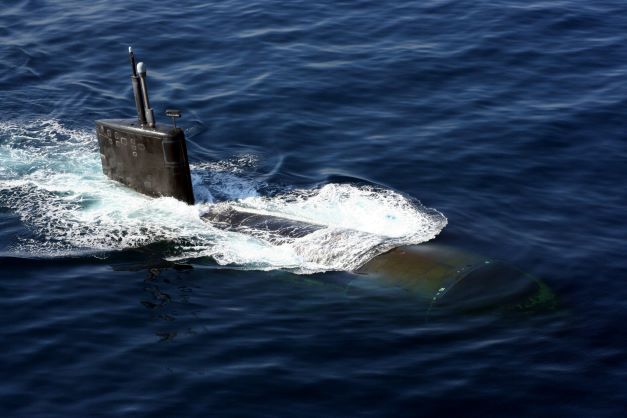 The French Alize aircraft was the backbone of the anti-submarine protection provided to the aircraft carrier task force in both peacetime and during hostilities.

The advantage lay in the Alize’s dual capability of striking ground targets and surface ships which was used to pick off smaller Pakistani vessels after the aircraft carrier INS Vikrant’s Sea Hawk strike aircraft achieved devastating effect during the 1971 war in strikes against the Pakistani eastern naval fleet based in Chittagong, Cox’s Bazaar, Khulna and Mongla destroying anything that would float and preventing the Pakistan Navy from making a breakout by using merchant ships.

However, even as the Alize’s dual capability remained a mainstay in the Indian Navy for a couple of decades, the need for rotary-winged hovercraft for close air support against the growing threat from submarines ensured that suitable helicopters were inducted for the combined utility and anti-submarine warfare role.

With the acquisition from Britain of the Leander class frigates India also acquired the Alouette III renamed Chetak helicopters from France for operations off the decks of surface ships.

The Leanders were renamed Nilgiri class and they carried one Chetak helicopter each which was found to be inadequate for the intended anti-submarine role.

For that reason the Leander/Nilgiri was stretched to accommodate two larger dedicated anti-submarine helicopters, the Sea Kings by making room for two hangars and installing equipment that would winch down a helicopter onto a heaving deck in high sea state.

The demand for anti-submarine helicopters grew with the ability of submarines to hide themselves within thermal layers that act as a protective shield against detection by deflecting sonar from submarine hunters.

The antidote was the ‘dunking sonar’ or dipping sonar that could be deployed from a helicopter without the risk of a counter attack by the submarine.

The dipping sonar would sanitise large segments of the sea by dropping the sonar transmitter through several levels of thermal layers up to depths of several hundred feet thereby making it difficult for the submarine to remain undetected.

The use of helicopters against submarines has the advantage of an immediate reaction by the helicopter to the presence of a submarine.

The demand to rise to the surface is achieved by a series of three quick explosions with crackers that explode on contact with seawater.

The confrontation tends to become unequal given the agility of the helicopter and the weapons it can carry or call in others (both surface vessels and aircraft) to deal with the suspect submarine.

A combination of dipping sonar and sonobouys (floating sonar) can effectively corner a submarine.

Given that anti-submarine operations are both painstaking and time consuming several different kinds of platforms are utilized to be able to sanitise the vastness of the Indian Ocean littoral.

These include hunter-killer submarines (or submarine-submarine killers that can be both conventionally propelled or, increasingly India is being confronted by nuclear powered Chinese submarines that can remain submerged as long as the crew can bear it.

With such a vast coastline and a huge littoral to patrol India clearly has a dearth of hunter-killer submarines in just the 13 that it holds in its inventory.

The advent of air-independent propulsion (AIP) and its use in Pakistani submarines reduces the need for them to rise to the surface to replenish the air that is used for charging the batteries, thereby making them even more difficult to discover and neutralize.

For long-range reconnaissance and anti-submarine operations India currently uses both Russian and American fixed wing aircraft with the latter of more recent vintage and will eventually replace the Russian fleet.

The anti-submarine helicopter fleet of the Indian Navy has had a chequered history. With the realization that the Chetak helicopter does not fully fit the role of an anti-submarine platform, India bought the Sea King helicopters from Britain in 1969 after the Indo-Pak war of 1965.

The Sea Kings arrived in India but because of crew training deficiencies the helicopter was not used in the 1971 war with Pakistan.

In the decade from 1982 new variants were inducted from time to time raising the fleet strength to beyond two dozen inclusive of a troop carrying variant that would be the advance guard for amphibious operations against shore targets.

With the rising cost per Sea King helicopter, India was forced to turn to the then dependable Soviet Union for its Kamov anti-submarine helicopters in the mid-80s.

Among the three variants that India bought the last, the Kamov-31 is actually an airborne early warning (AEW) platform that is intended to protect a carrier-led task force from beyond visual range munitions.

A major catastrophe visited the Sea King helicopter fleet when in retaliation for the series of nuclear tests in the Rajasthan desert in 1998, the Americans and their allies imposed an embargo on spareparts.

India had to resort to cannabalising to ensure that a minimum of numbers of this type of helicopter remained available for operations.

After the lifting of sanction in 2000 it was decided to upgrade 20 Sea King helicopter given that the Indian product the Dhruv did not quite meet the requirements of the Indian Navy for the anti-submarine role.

While the Dhruv remains a part of the search and rescue and communications and casualty evacuation team, the anti-submarine role will remain with foreign helicopters.

Currently,  not all the surface ships that India has constructed to try and reach bluewater capability-the frigates and destroyers-do not have a full complement of anti-submarine warfare helicopters and so the Indian Navy has had to continue dependence on the Dhruv, a platform perceived to be inadequate for the anti-submarine role.

After the lifting of sanctions Hindustan Aeronautics Ltd signed an agreement with AgustaWestland for the maintenance and spareparts support for the Sea King fleet.

Over the past three years the controversy over the involvement of unfair practices in the acquisition of VVIP helicopters AgustaWestland has been blacklisted thereby putting the Sea King deal back in the frying pan.

Worse, the damage is not confined to the AgustaWestland company’s operations in India but also of the other Italian company Finmeccanica (now renamed Leonardo) which supplies the airborne tactical observation surveillance mission system as well as the Seaspray maritime surveillance radar that is carried by the Kamov anti-submarine helicopter.

Thus, India has state of the art ships built in Indian shipyards but they still remain hobbled by overdependence on foreign systems and subsystems. 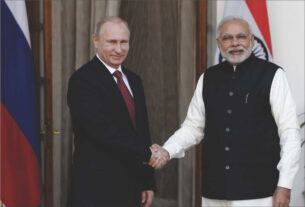 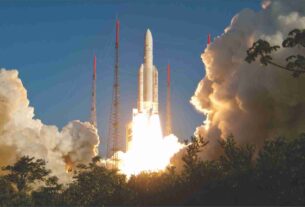 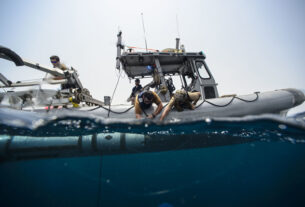