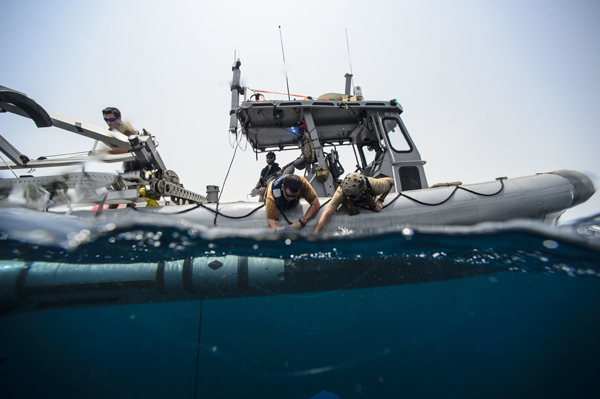 Most navies are now setting their eyes in acquiring state of the art underwater unmanned vehicle which can not only boost their surveillance and reconnaissance capability but also enhance tremendously the attack capacity which cannot be detected easily.

Recently, as the development of advanced science technology and military unmanned system is continuing at an increasing pace, the pattern of warfare in the future is also changing.

The warfare situation in the marine environment is expected to show a different pattern from the existing naval warfare due to introduction of unmanned underwater vehicles.

A lot of advanced countries are spurring on the development and commercialization of UUV. In fact, UUVs are typically submarines that are capable of autonomous or remote operations.

UUVs can carry out underwater missions that have been very dangerous to humans onboard or that require a very long mission time.

The main reason for the development of this UUV is that there are many military benefits to be gained from asymmetric forces like submarines.