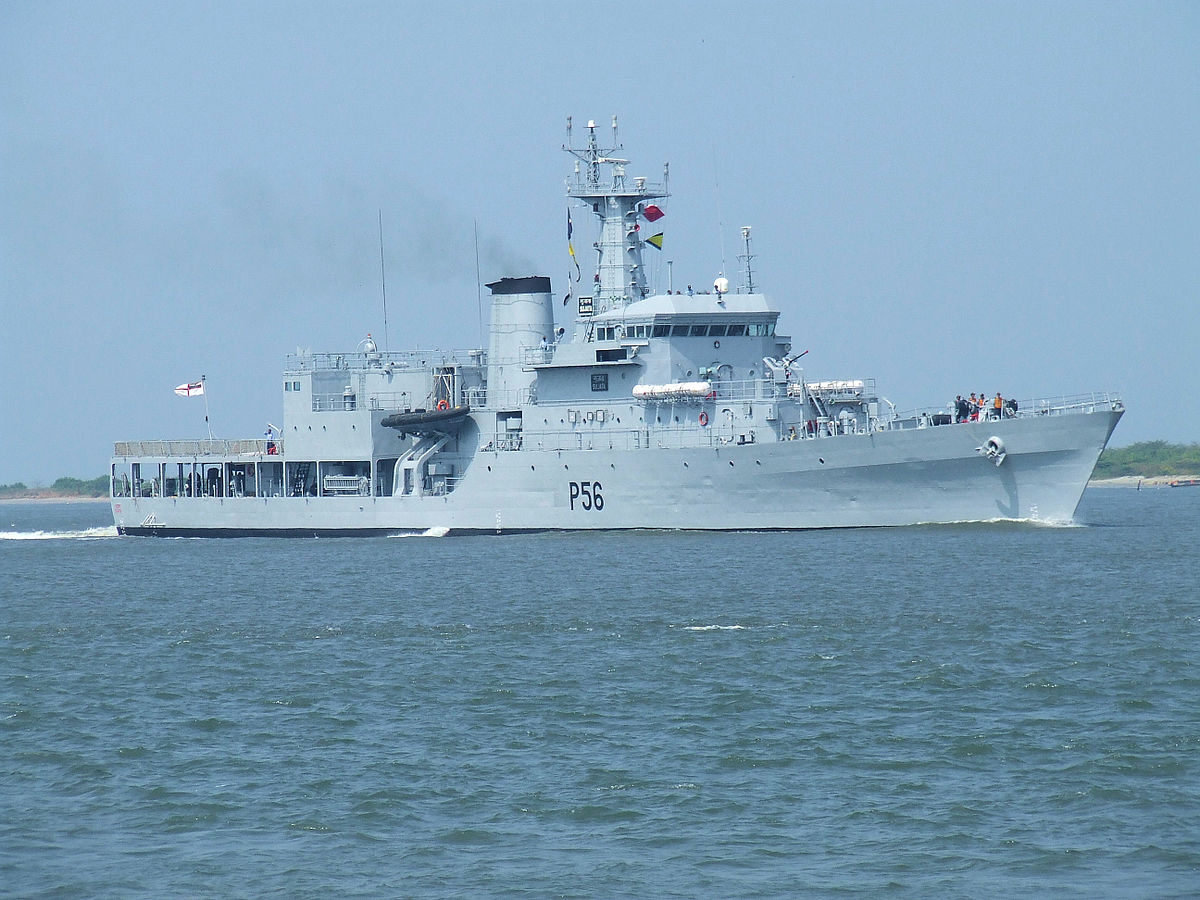 Offshore patrol vessel for modern navies
India is looking forward to position itself for a more ambitious role in the region as a maritime security provider. India is willing to safeguard its key strategic and economic interests in the region through international naval cooperation and power projection.

Further the growing threat of sea borne terror, piracy and Chinese naval expansion in the Indian Ocean region is also a serious concern which has forced India to develop a modern and mutli-dimensional navy.

For the purpose, Indian Navy is enhancing its capabilities by deploying various naval platforms which will be key players. While the Indian Navy has aircraft carriers, cruisers, destroyers, frigates, submarines and missile boats for its offensive missions, it also has different class of ships for patrol, presence and support roles.

One of such important, but mostly underrated platform, is the offshore patrol vessel. The offshore patrol vessel can conduct a range of missions, including maritime patrol, ocean surveillance and overseeing the sea lines of communication (SLOC), protection of offshore oil field infrastructure and offshore national assets and escorting the high value vessels.

The Offshore Patrol Vessel (OPV) is a contemporary ship category not easily understood; it is mostly lost in the larger debate to distinguish similar vessel types such as frigates and corvettes.

The Offshore Patrol Vessel is a highly versatile ship, designed to perform Economic Exclusion Zone management roles, including the provision of maritime security to coastal areas and effective disaster relief.

The main mission of Offshore Patrol Vessels is to safeguard national interests through patrolling activities and carry out anti-pollution and rescue services. The aft area is often fitted with a flight deck for the take-off and landing operations of one medium sized helicopter. Typical features of such vessels are the extensive range as well as sea-keeping and manoeuvrability performances, which make them highly flexible from the operational point of view.

Larger naval ships cannot manoeuvre in the restricted and shallow coastal waters and would largely remain underutilised if deployed for EEZ patrols. This had given rise to the birth of offshore patrol vessel (OPV) class of ships. The OPVs, however, are being built to sizes and roles specific to a nation; they may range in size from a large attack craft to nearly a frigate size ship. They are proving economical for smaller nations because of their low cost and flexible roles.

The Indian Navy had started inducting the OPVs in the late 1980s, but the numbers inducted appear to be far less than that required to effectively safeguard the maritime assets, sea lines of communications and tackle sea pirates.

However, now with the help of DPSUs and private players, India has developed the indigenous capability to build OPVs. Goa Shipyard Limited (GSL) has been building a series of 105-m-long, 2,215tonne OPVs for the Indian Navy. They are fitted with a 76mm naval gun and two 30mm cannons.

Recently, GSL after delivering an offshore patrol vessel to the Indian Coast Guard, handed over one to the Sri Lankan navy. Continuing with its track record of last four years, GSL has once again delivered the warship to the Sri Lanka navy 86 days ahead of schedule.

Pipavav, now acquired by Reliance Defence, is building naval offshore patrol vessels (NOPVs) which were delayed due to finance crunch but in June 2016, it was reported that the shipyard is now accelerating work on the delayed order. As per the revised schedule all ships will be ready for induction by the end of 2017. The ships are being constructed in two batches of two and three ships with a shorter delivery schedule for the second batch. Significantly, the Indian Navy OPVs can also be modified to accommodate Twenty-foot Equivalent Unit (TEU) payloads, hence they can be considered as low cost warships with bigger roles.

INS Saryu is the first Saryu-class patrol vessel of the Indian Navy, designed and constructed indigenously by the Goa Shipyard Limited.

The Saryu Class can also be used to escort high value vessels and fleet support operations. The NOPV can conduct uninterrupted missions for an extended period of 60 days.

The Saryu Class can also be used to escort high value vessels and fleet support operations.
Designed by in-house design team of GSL, Saryu Class features an advanced and efficient steel hull design. The vessels comply with the standards of ABS and IRS. Each vessel accommodates 118 crew including 16 officers and 102 sailors.

The aft flight deck can support the operations of a multirole helicopter. It can accommodate an Advanced Light Helicopter (ALH) or Sea King helicopter. The aviation facilities include Helo traversing gear, Helo landing grid and hangar for the embarked helicopter.

OPVs can deliver good value in the time of a crisis, even though they are not dedicated surface combatants. Much like any other application of platforms, the vessel’s capabilities must be matched up to the assigned mission.

These applications are more suitable for larger navies, where OPVs exist as a distinct ship type usually assigned to coast guard function, either as combatants or as law-enforcement/search-and-rescue assets. For smaller navies, the OPV might be considered a major combatant type equivalent to a guided missile destroyer or other capital fleet unit, thus relegating these missions to even smaller and lighter vessels such as patrol craft.

In general, use of OPVs frees up a navy’s dedicated surface combatants to conduct the tactical operations necessary to fulfill whatever strategic goals needing to be met.

Some OPVs are multi-role and heavily armed, lighter scantling and faster, whereas others are larger, heavier, therefore slower, and equipped for the purposes of survey and pollution control.

The primary roles for the combat OPVs are anti-air warfare (AAW), antisubmarine warfare (ASW) and Anti-Surface Warfare (ASuW). They can be classified as combat OPVs and specific capability OPVs. The combat OPVs are faster and could be equipped with ASW, AAW, or ASuW weapon systems. These OPVs can take part in combat and meet the survivability standards of naval warships.

Which of these types a country chooses depends on its particular naval requirements, resulting from its geographic location, political aspirations and intended role of its naval force. However, the majority of OPV programmes are of the low cost, multi-role variety. These are being used in an increasing number of roles, including fishery protection, pollution control, firefighting, salvage or search and rescue (SAR), counter-narcotics, humanitarian operations and exclusive economic zone (EEZ) patrol.

The specific capability OPVs are built to commercial standards and are equipped with lesser armament. They are rigged for specific role that they are designed for and may not be able to take part in battle at sea since they are bulkier and slower than the combat OPV.

Under wartime conditions, the requirement to provide security for stretches of coastlines or critical areas is more valid than ever. Hostile Special Forces, Non-State Actors and a host of other threats can benefit from an unsecured shoreline. OPVs will excel at this function with their long endurance, excellent fuel-economy. OPVs with their excellent sea-keeping, and equipped with small boats and rescue helicopters are also perfectly suited to follow-up SAR missions.

Their speed-of-advance would not make them suitable assets for front-line strikes, but OPVs could supplement fleet units by taking on secondary but vital missions that could free up a guided missile frigate or corvette- for example, providing close escort for a secondary supply line convoy or troop transports.

While some nations have equipped their OPVs with missiles, the majority of the combat role OPVs carry three types of weapons namely, a large/ medium calibre main gun, a small calibre auxiliary gun and a machine gun. The machine gun is also carried by the onboard helicopter. The high-speed capability of the helicopter makes it one of the most valuable assets of an OPV. It can perform search, detection, and reconnaissance operations in relatively short amounts of time, and with high accuracy. Technological advances also allow the helicopters to use cameras that help them to classify the targets.

OPVs have carved out a place for themselves mainly due to enhancement of territorial waters and the declaration of EEZ. The smaller nations too have equipped themselves with OPVs because of their versatility and low costs. 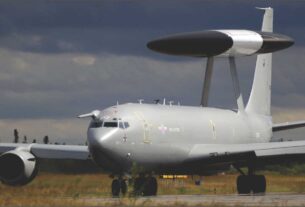